Meticulously restored 1963 vintage Italian, Piaggio Vespa VBB Standard 150cc with super “Mod” (modernist) styling. This is an immaculately restored Mid-Century modern piece of history that is mechanically sound and reliable. In the UK during the 1960's there was a movement called the “Mods” and they blinged their Vespas up as much as possible adding as many accessories and lights as possible.They would then ride in groups dominating the roads. The “Mod” look is not an original Italian look but rather something that came out of a movement in the UK. Use it to run around town or as a design piece in your living room! This restored Vespa runs as factory new, (or even better as many of the mechanical components are made from more modern and stronger alloys). Everything was brought back to new condition including: New 150cc reconditioned Piaggio Italian Engine, New four speed Transmission, New internal wiring, seals and trimmings, New brakes, New seating. 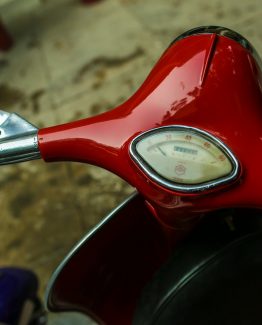 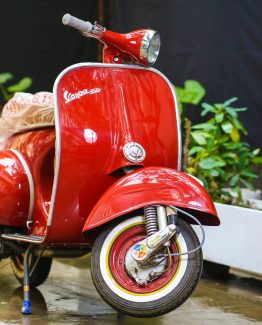 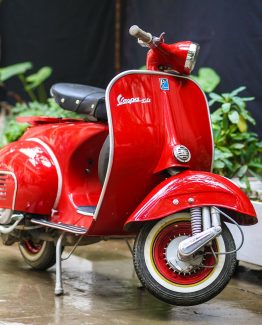 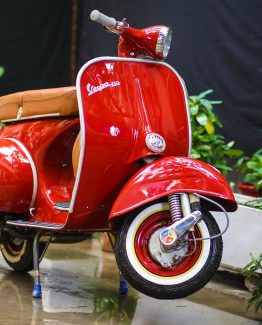 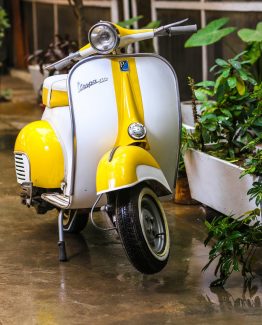 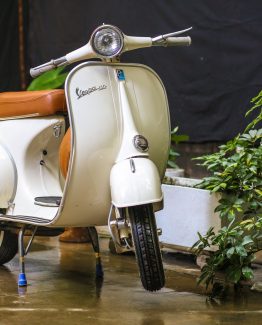 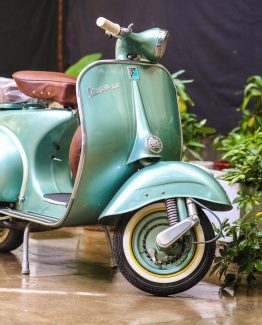 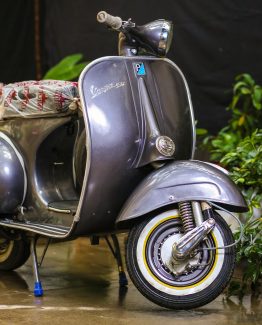